This question was asked by Lily from Gravesend, UK.

When we’re small children we learn that the Sun is visible in the day and the Moon is visible at night. While this is true, it doesn’t tell the whole story. Our moon’s orbit means that it is above our horizon for roughly 12 hours in every 24 hour period and generally it’s visible for 6 of those hours. Because of the path of the Moon’s orbit those 6 hours can occur during the night, the day, or a mixture of the two. 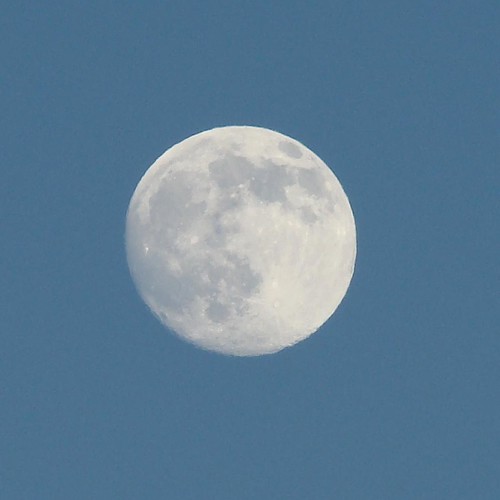 The Moon is the brightest object in Earth’s sky apart from the Sun. This is partly because it’s so much closer to us than any of the stars, but also because it reflects the Sun’s light. As it’s so pale, with a surface that’s mostly white or pale grey, it reflects a lot of light and this means that it can be seen during the day. When it’s a new moon it’s too close to the sun for us to see during the day; when the Moon is full it only appears during the night because its orbit means it’s completely opposite the Sun for 24 hours or so. But the rest of the time, if you look carefully, you may be able to spot the Moon during the day.

How does the Moon affect the tides?