It’s a common dilemma: you love eating meat but you’re not comfortable with how the animals it comes from are treated. Soon there may be an alternative source of meat that will solve these problems – and it doesn’t come from dead animals.

Lab-grown meat, also known as clean meat or synthetic meat, is typically grown from stem cells taken from an adult animal. These can be collected without killing the creature – a bird’s stem cells can be found at the root of a detached feather, for example. The cells are fed protein, salts, sugars and other nutrients that trick them into acting as though they’re still inside the animal’s body. They divide and multiply, growing into the muscle, fat and connective tissue that we call meat. One company, Mosa Meat, claims that it could make up to 80,000 burgers from a single cell sample. 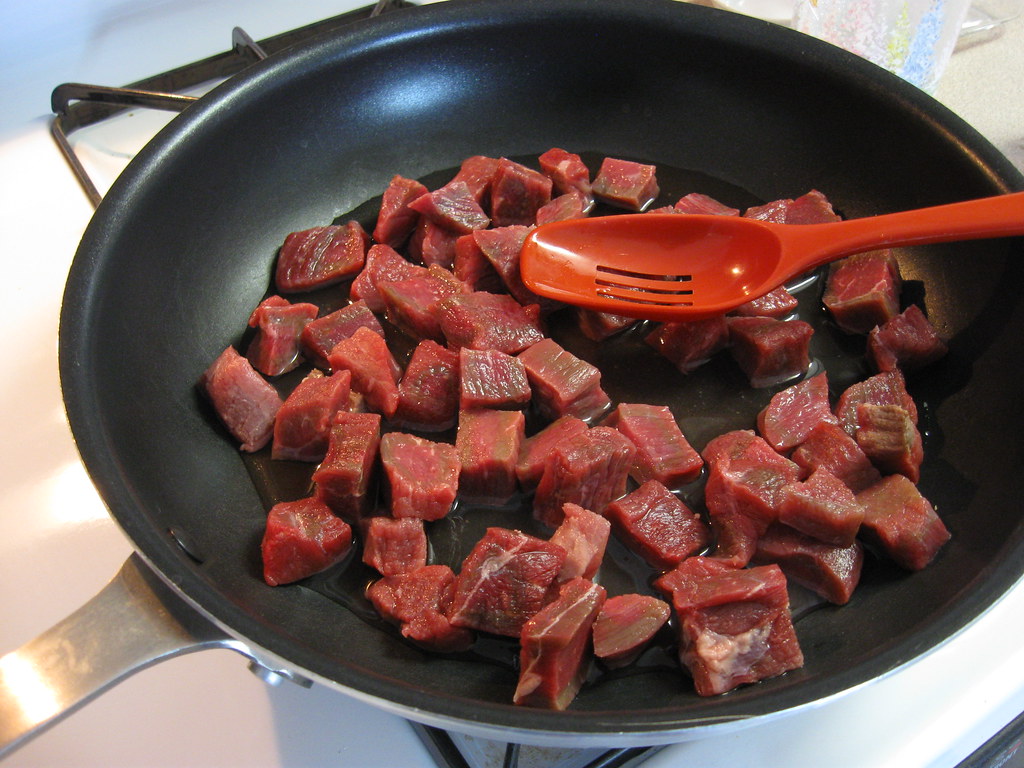 “Stewing Beef” by azmichelle is licensed under CC BY-NC-SA 2.0

Originally the protein fed to the cells came from animal blood, but synthetic meat companies are trying to replace that so they can minimise the amount of genuine animal products involved in the process. Josh Tetrick, CEO of Just Inc, claims that his company has developed an entirely synthetic protein mix to feed to the cells.

At the moment almost 40% of the world’s grain crops are grown purely to feed animals that are destined to end up on someone’s plate; this drives up the price of grain and contributes to world poverty. Farming animals also uses a lot of land and contributes to global pollution. If synthetic meat becomes practical and affordable enough that meat-eaters can include it on their weekly shopping list, these problems could be significantly reduced.

For people such as vegans, who prefer to avoid consuming anything with an animal origin, synthetic meat would still be off the menu. But for people who avoid eating meat due to the poor conditions that animals are often kept in, meat grown in a laboratory could be the answer.