I’ve talked about evolution before when discussing questions like ‘Who was the first person?’ but I haven’t actually explained what it is. It’s a deceptively simple question because it’s such a widely known phenomenon,and many people would probably answer with “Well, you know, it’s when things…evolve…um…”.

People through the ages have noticed that different species (pronounced SPEE-sees) gradually change over time, but it wasn’t until the early 19th century that French naturalist Jean-Baptiste Lamarck proposed the first fully-formed theory of evolution. Charles Darwin and Alfred Wallace published their more developed and better-known theory of evolution, based on the idea of natural selection, in 1858.

Ok, I hear you say, but what actually is evolution? What does it mean? Well, put simply evolution is when living things change over time in order to survive. And we’re not talking about one or two animals or plants changing over a few years, but a whole species changing gradually over generations so that the species has a better chance of surviving.

Let’s look at rabbits as an example. Wild rabbits in Europe usually have brown fur so that they blend in better with their surroundings. Why is this important? Because a rabbit that is easily spotted is a rabbit that’s likely to be eaten. Pale coloured rabbits are less likely to live long enough to have babies and so pass on the genes for pale fur to the next generation. Over time far more brown rabbits survive and breed than pale rabbits, and so gradually the species becomes almost entirely brown. That’s natural selection – without any interference from humans the species has evolved to commonly have the brown fur that gives them the best chance of survival. 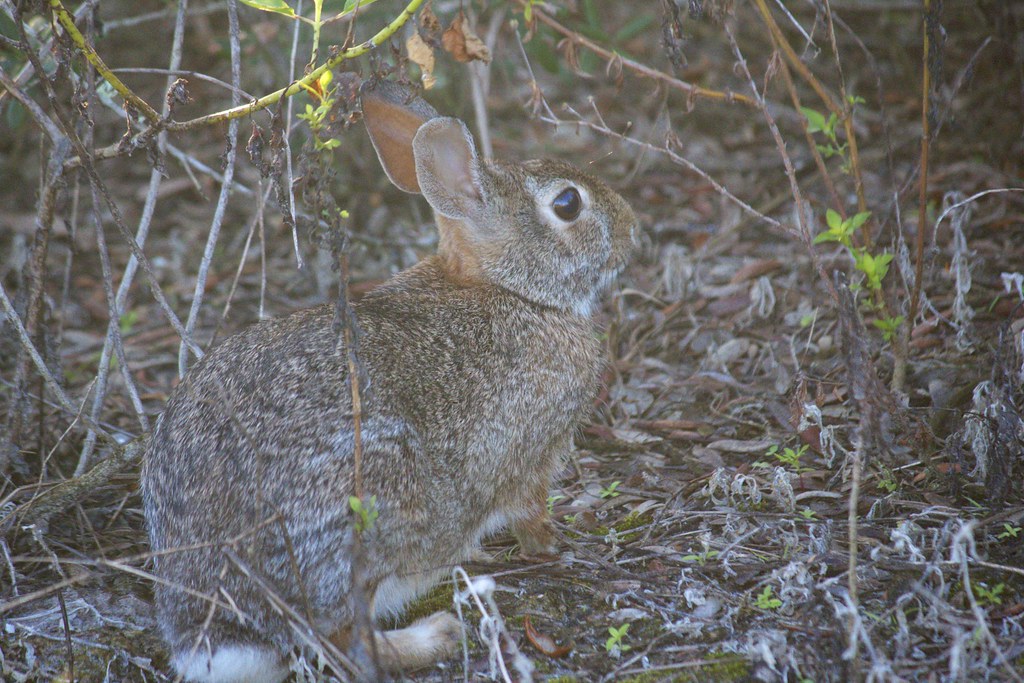 Dogs are another good example. Their evolution has nothing to do with natural selection because it’s been guided by humans, but evolve they definitely have. Originally wolves or wolf-like species, their thousands of years with humans have changed them significantly. Where humans wanted large dogs to guard their homes and help with hunting large game, they chose the largest and fiercest dogs to breed; this meant they were more likely to have large and fierce puppies. Do this for generations and you end up with breeds like Dobermans, Rottweilers and German Shepherds. Humans that wanted dogs small enough to catch prey in their burrows and warrens would have bred the smaller, faster dogs together to produce smaller, faster puppies. That’s why we have breeds like Jack Russells and Highland Terriers. Another term for this kind of evolution is genetic modification.

Humans, apes and monkeys all share a common ancestor – that is, we all started out as one species – but over millions of years we evolved differently. In fact every living thing on this planet has evolved from just one life form, probably a microbe, more than 3.5 billion years ago. Isn’t that amazing?

What are genetically modified organisms?

Who was the first person?