The phrase ‘genetically modified organisms’ is used to refer to anything living that has had its genes altered in some way. While many people associate genetic modification (also known as genetic engineering) with scientists in laboratories, the fact is that humans have been modifying plants and animals for tens of thousands of years. 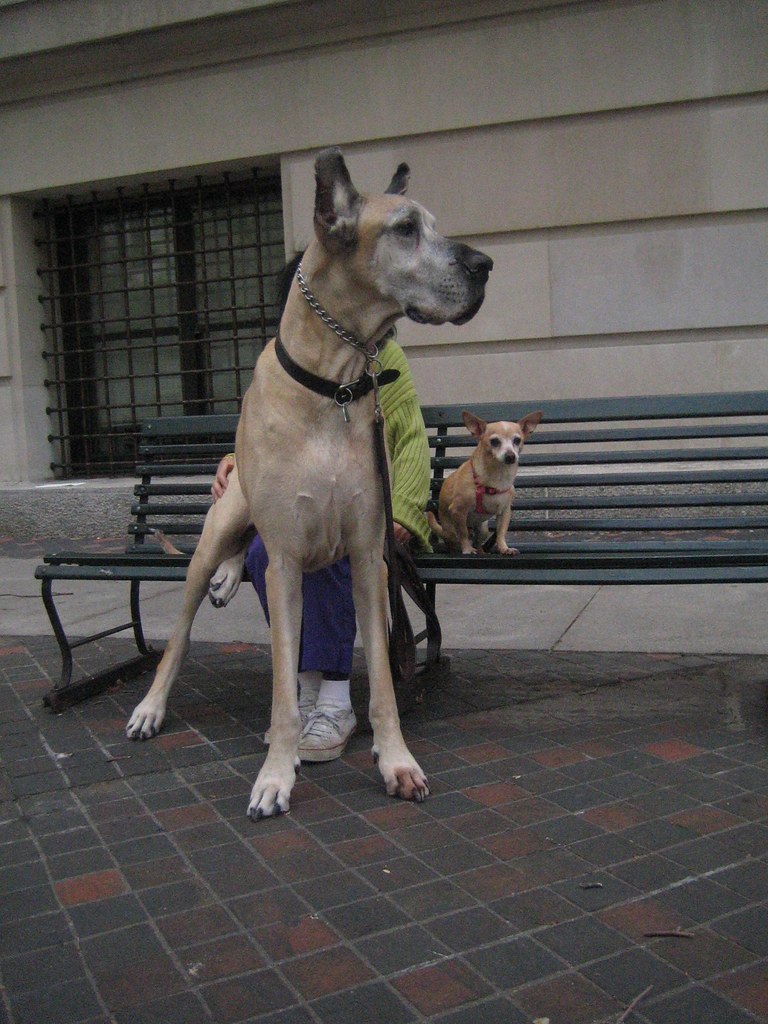 Modern dogs only exist because of selective breeding. “Big dog small dog” by jezarnold is licensed under CC BY-SA 2.0

Dogs are believed to be the first organism that humans altered. Originally they were wolves that scavenged near humans around 32,000 years ago, but the humans soon began to tame them. They decided which animals could breed, choosing the strongest and healthiest as well as the most obedient. This is called selective breeding. Over the year many different breeds of dog came to exist, as humans bred them for certain characteristics; small dogs were bred for their ability to go down rabbit and fox holes, while larger dogs were used for guarding villages or herding sheep and cattle.

Humans are responsible for the creation of many other modern animals, including sheep, cows, cats, chickens and horses. We also selectively bred plants in the same way; the fruit, vegetables and grains we eat today are almost entirely different to the original species that existed thousands of years ago.

These days, scientists are able to alter the genes of plants and animals directly. In 1973 Herbert Boyer and Stanley Cohen developed a method that enabled them to cut a gene from one organism (in this case a bacterium) and insert it into another. The following year Rudolf Jaenisch and Beatrice Mintz did the same thing with mice. In the decades since these breakthroughs, genetic modification has become widespread and is used in many different ways. Medicines such as insulin, human growth hormones and drugs to combat infertility have all resulted from genetic modification. So too have new techniques called gene therapies, where defective genes are replaced with effective ones. This is thought to be a way to cure diseases like Parkinson’s, but altering human genes is an area that many scientists are uncomfortable with and at the moment gene therapy is limited.

Plants involved in food production can also be genetically modified. Sometimes the genes are altered to allow the plant the grow bigger or to help it produce more than it otherwise would. Sometimes genes are added to help the plant resist fungi or insects, which reduces the need for the crop to be sprayed with chemicals such as insecticide and also increases the plant’s yield. Bacteria can also be modified for a variety of purposes, from making biofuels to creating art. 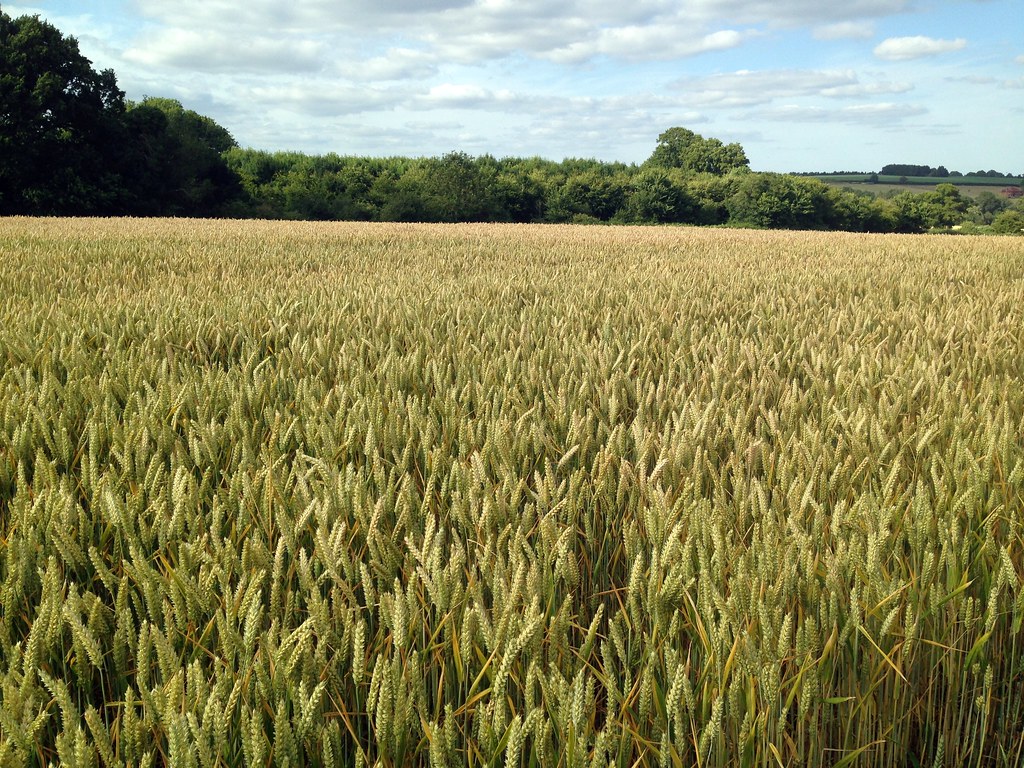 Wheat is one of the oldest genetically modified organisms. “Wheat Field” by Sean MacEntee is licensed under CC BY 2.0

Some people feel that genetic modification is dangerous and that it could end up being more harmful than beneficial. They worry that it could be used to alter humans in non-medical ways, that it could harm the environment and that foods produced from modified organisms could be harmful. The scientific consensus, however, is that foods containing ingredients from GM crops are no riskier than the same foods containing ingredients modified by conventional plant improvement techniques such as selective breeding.