This question was asked by Lowe from West Sussex, UK.

Balloons have been around for a lot longer than you might think. The Aztecs, who lived in central Mexico around 700 years ago, had balloons made from the intestines left over from dead animals. They would clean the intestines, let them dry and then sew them together before blowing air into them. This was a common way of creating balloons for the next few hundred years but fortunately the balloons we have today are made differently.

First of all, they’re not made from animal parts at all. They’re made from latex (pronounced LAY-tex) which is produced by a number of plants, including dandelions and rubber trees. The latex is believed to be a plant’s way of protecting itself, as it oozes from the plant whenever it’s scratched or broken and either tastes horrible or catches insects in its stickiness. Around 200 different plant species produce latex, but almost all of the world’s natural rubber is produced from rubber trees (which is why they’re called rubber trees, of course). The latex is harvested from the tree by making a cut in the bark and placing a container underneath to catch the liquid as it oozes out; an adult rubber tree can produce an entire bucket full of latex in just one day. 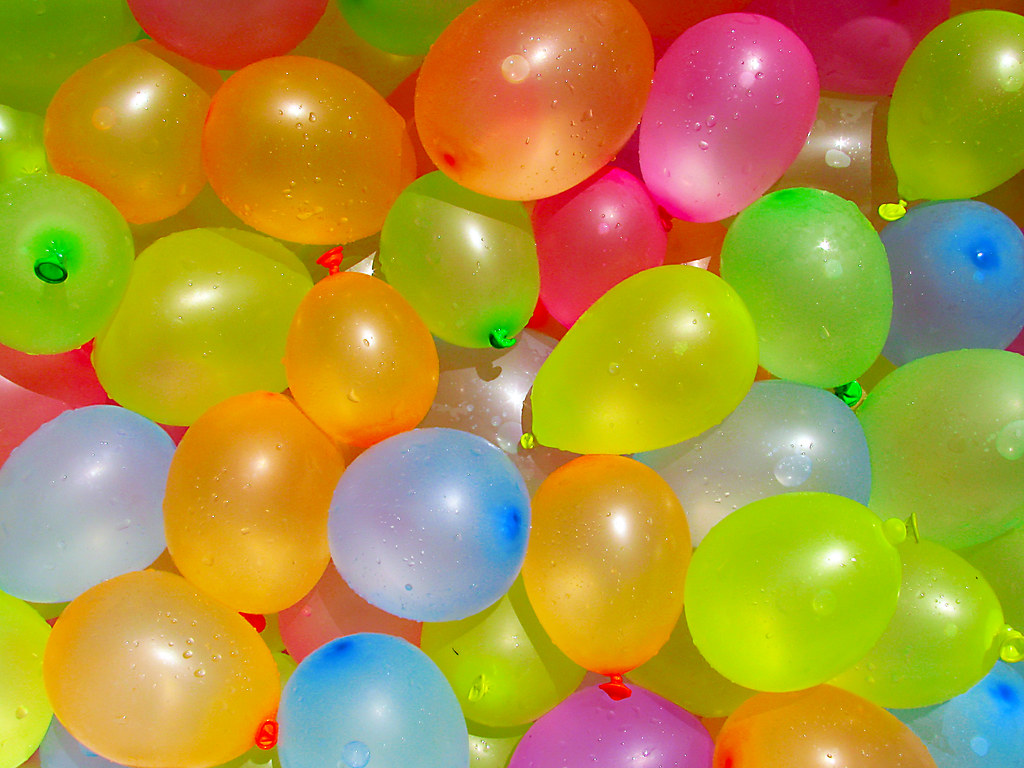 “Don’t burst my bubble” by Roger Smith is licensed under CC BY-NC-ND 2.0

Large amounts of latex are sieved in a factory to remove any lumps, then mixed with coloured dye in huge containers. Once the latex and dye are thoroughly mixed together it’s time for the moulds. These are usually made from porcelain or stainless steel, and are the size and shape of an uninflated balloon. The moulds are dipped into a coagulent (pronounced co-AG-you-lent), which is a chemical solution that helps the latex to coat them evenly and become solid. Then they’re dipped into the liquid latex.

Once the moulds are coated with a layer of latex, they pass through a machine that rolls down the top few centimetres of latex in order to make the mouth of the balloon, the part we blow into. After this the new balloons are washed, then heated until they’re dry and fully set. The last stage is to remove the balloons from the moulds, package them up and send them off to shops!

This wonderful video tells you more about natural latex and shows balloons being made.