There’s been a lot of conversation online recently about whether figs contain wasp corpses, which would make them neither vegetarian nor vegan. So what’s the answer – yes or no?

Well, it’s a resounding “kind of”. Figs are pretty interesting – they don’t have flowers like other fruits because their flower is the fruit. Fig trees produce male figs and female figs. The male figs are called caprifigs; they contain pollen and are inedible. The female figs, the ones we eat, contain the tree’s flowers – hundreds of tiny, thread like flowers within the fig’s fleshy outer layer. This arrangement means that the flowers can’t be pollinated by bees or the wind, so instead each species of fig (and there are almost a thousand) has its own dedicated species of fig wasp. 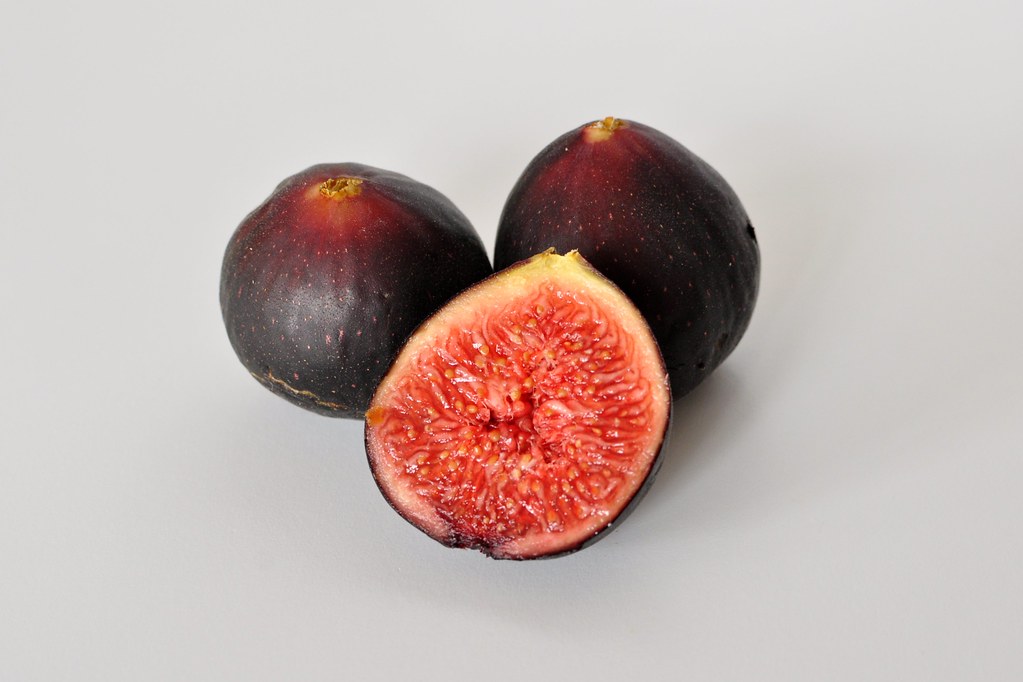 Fig wasps hatch inside caprifigs. The male wasps mate with their sisters, make a tunnel to the outside then die; the female wasps, covered in the caprifig’s pollen, use their brothers’ tunnel to escape into the outside world where they search for a place to lay their own eggs. They burrow into either a fig or caprifig, losing their wings and antennae in the process, and arrive broken, dying and covered in pollen. If they’ve chosen correctly and have burrowed into a caprifig they’re able to lay their eggs before dying and the cycle continues. If they’re in a female fig, however, they’re unable to lay their eggs and still die – but they’ve brought with them the pollen needed to pollinate the fig so it can ripen and be eaten.

Whilst ripening, the fig produces an enzyme that breaks down the wasp’s body so the plant can absorb the proteins. So yes, figs contain an element of dead wasp, but you’re not going to find a tiny corpse inside your fruity snack. Any crunchy bits you may encounter are seeds, nothing more.

NB: Some varieties of fig have been modified to be self-pollinating – no wasps required. Whether these are the kind of figs you can buy from your local grocer or supermarket however, I don’t know; you’d have to do some research. I suggest starting with the Royal Horticultural Society.

Featured image “Figs for sale in Concord” by joolmp is licensed under CC BY-NC 2.0