This question was asked by Maisie, Mary, Thomas and Alisha from West Sussex, UK

Space is big. It’s very big. In fact it’s so big that it’s difficult for a human mind to grasp the sheer size of it, though this video by the American Museum of Natural History will give you some idea (and leave you feeling very small!). But does space end or does it go on forever?

The simple answer is that we don’t know, but as always there are different theories. One of these is that space does come to an end somewhere. Quite where this might happen we don’t know; the part of the universe that humans are able to detect is known as the observable universe and it’s 93 billion light years across. What we do know is that the universe is expanding, and to some scientists this suggests that it does have an end or at least an edge. If this is the case and the universe does have an edge, it stands to reason that there must be something beyond that edge…but what? 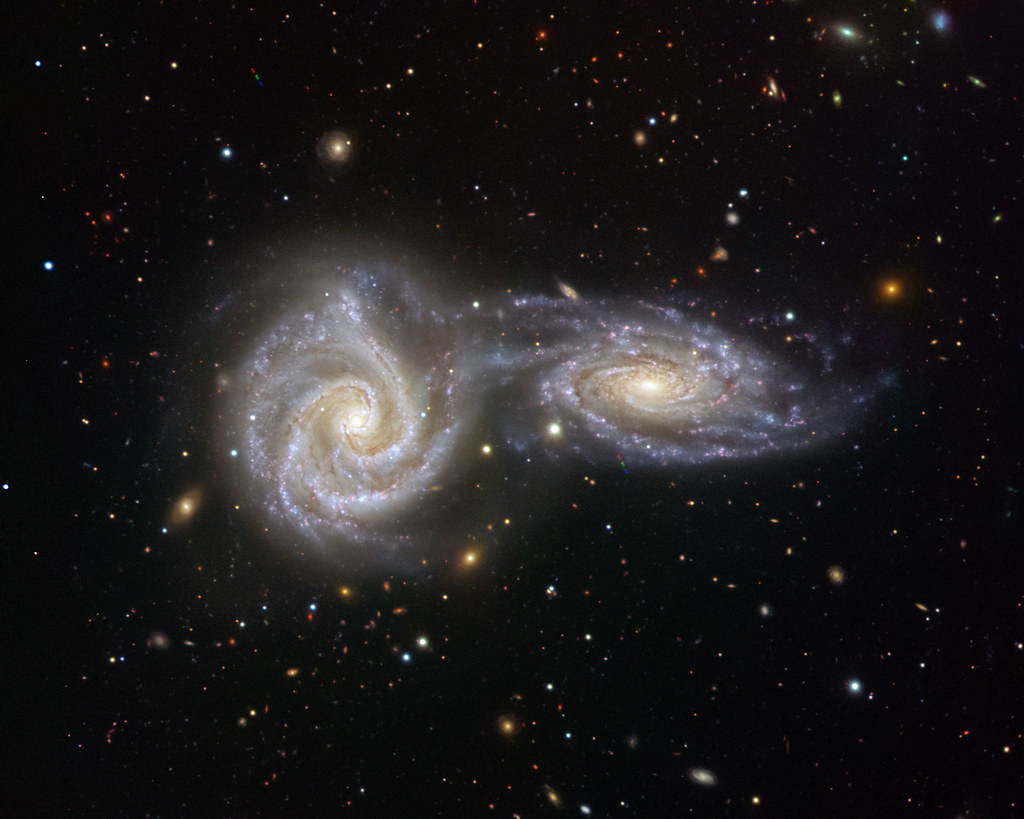 “Interacting Galaxies” by sjrankin is licensed under CC BY-NC 2.0

Another school of thought is that the universe is infinite (pronounced IN-fin-it), which means that it goes on forever and doesn’t end. This is hard for us to imagine, unless of course it doubles back on itself in some kind of loop or ball or doughnut or some other shape. If the universe is truly infinite then it would be a very strange place indeed, with parts so different to our own observable universe that we may not even be able to detect them. We may never know for certain.

Featured image “The Owl Cluster” by StephenGA is licensed under CC0 1.0