Astronauts aboard the International Space Station (ISS) generally drink water but thanks to the NASA Isspresso machine they can also have hot beverages such as tea, coffee and hot chocolate. What they can’t have is anything fizzy.

The bubbles in a fizzy drink (which are often known as carbonated drinks) are made of carbon dioxide, which is pressurised and pumped into the liquid during the manufacturing process. The bubbles rise to the top of the drink because they are lighter than the liquid; once at the surface they pop, releasing the carbon dioxide. Because so much gas has been pumped into the drink the bubbles seem almost never-ending. 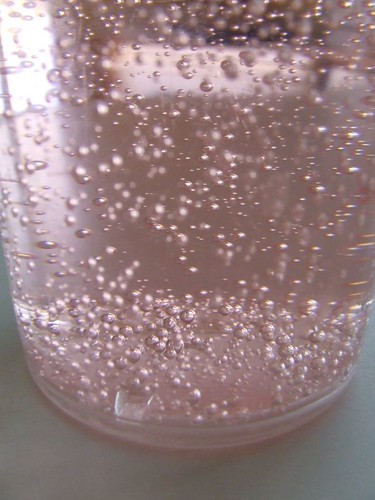 “Tiny bubbles” by Andrea_R is licensed under CC BY-NC-SA 2.0

In space, however, there is no up or down. In a weightless environment the bubbles don’t rise through the liquid, they remain distributed throughout it, meaning that the drink becomes a kind of foam. Not only would this be quite difficult to drink, especially in microgravity, but it wouldn’t be good for the astronaut. The bubbles would be distributed throughout the their digestive system instead of being belched out as usual, leading to a bloated sensation similar to trapped wind.