On the face of it this seems like a really easy question to answer but when you look at it more closely the differences aren’t as easy to identify as you might think. One of the first things to consider when trying to define the difference between male and female is that it has to work for all species, not just humans. So let’s have a think about the typical traits that might help us to identify the different sexes.

This is probably the first thing that comes to mind when you think about the difference between male and female; males have a penis and females have a vagina. But that isn’t always the case. Female spotted hyenas have a pseudo-penis (‘pseudo’ means something that isn’t genuine, and is pronounced SOO-doh) that is generally about 18 centimetres long. She doesn’t use it as a penis though – in fact she gives birth through it.

The female neotrogla, however, does have a real penis. This insect is found in Brazil and is about the same size as a flea. The female uses her penis to extract the male’s sperm from his body and insert it into her own so she can fertilise her eggs. So genitals aren’t always a reliable indicator of whether a creature is male or female.

But pregnancy is, right? Everyone knows that females always lay the eggs or give birth to their young – unless you’re a seahorse, pipefish, seadragon or another member of the Syngnathidae family. For these creatures it’s the male who carries the eggs until they hatch. Depending on their species they may carry the eggs in a brood pouch or attached somewhere else on the male’s body. 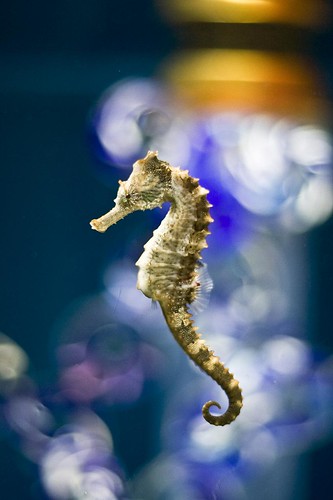 “I Swear it Whinnied” by House Photography is licensed under CC BY-NC-ND 2.0

So if genitals and pregnancy aren’t reliable indicators of whether a creature is male or female, how about size? Males are bigger and stronger than females, right? Well actually no (you knew I was going to say that didn’t you…). There are many species where the female is larger, including blue whales, spotted hyenas, most insects, great white sharks, some birds of prey and many reptilian species.

In species where the young need to be looked after, this nurturing is always done by the female, isn’t it? Well, you should know how this works by now and I’m afraid that’s not always the case either. There are plenty of examples of fathers caring for their young, from birds like the rhea, the sandpiper and the penguin (the father incubates the eggs and cares for the chicks) to bat-eared foxes (the male spends more time caring for the young than the female) and several species of fish known collectively as mouthbrooders (the father carries the eggs and sometimes the newly hatched young in his mouth to protect them). 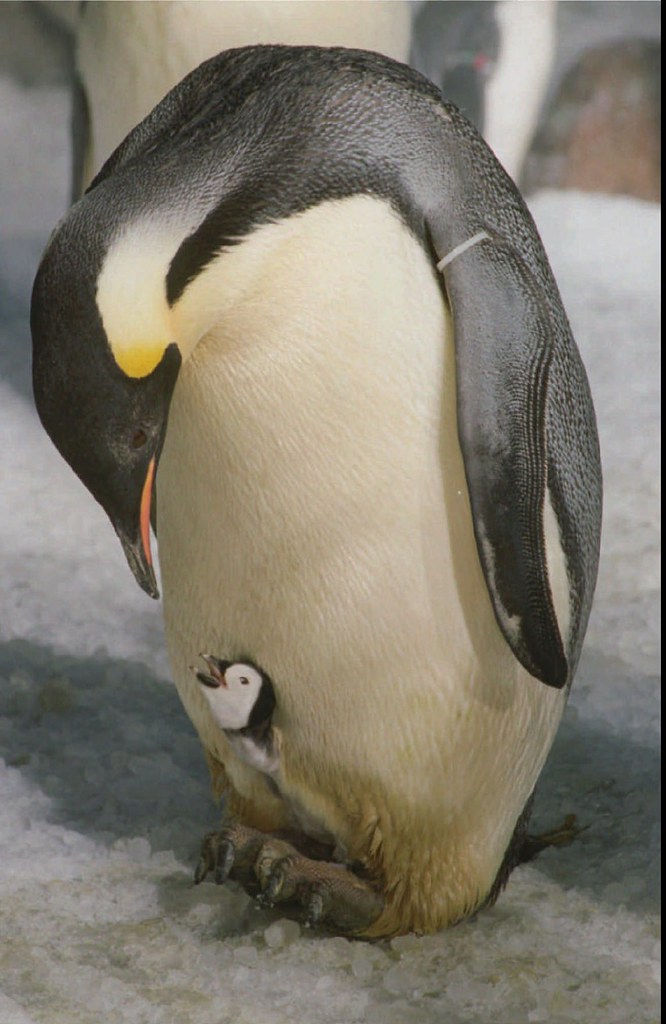 “Pingüinos emperador” by Mexicaans fotomagazijn is licensed under CC BY-NC 2.0

Chromosomes (pronounced KRO-moh-so-ms) are the part of a cell that contains your genetic information. Ok, I can hear you saying, but chromosomes are always XX in a female and XY in a male. But actually that’s not always true even in humans, and there are a number of species (particularly turtles and alligators) where the sex of the offspring is determined by the temperature that the eggs are incubated at.

In fact, the only reliable way that scientists have of determining whether a creature is male or female is by looking at their reproductive cells, known as gametes (pronounced GAM-eets). The female always has larger gametes (usually called eggs) than the male (usually called sperm).

It’s important to note that sex isn’t the same thing as gender, although many people don’t know this and use the two interchangeably. ‘Sex’ refers to the the biological differences between males and females, as we’ve been discussing in this article. ‘Gender’ is what we call the behavioural and cultural traits that are typically associated with one human sex (the idea that men dress and act one way and women another). The gender that a person feels themselves to be doesn’t always match their biology.

In some animal species individuals can change their sex. For example snails can change from male to female, while the dominant clownfish in a group of males will become female (which gives a whole new perspective on Marlin in Finding Nemo!). Some species have neither males nor females but instead are hermaphrodites (pronounced her-MAF-ro-dites), which means that they have both male and female sex characteristics and can mate with any other member of their species. In humans this is also known as being intersex.

Featured image “Male and Female Signs on the Deck” by Shinichiro Hamazaki is licensed under CC BY-NC-SA 2.0