Baking’s great – you combine a few ingredients, add heat and end up with something tasty. But did you know that baking is actually just chemistry? (Please don’t try consuming anything in your chemistry class though. Bad idea). 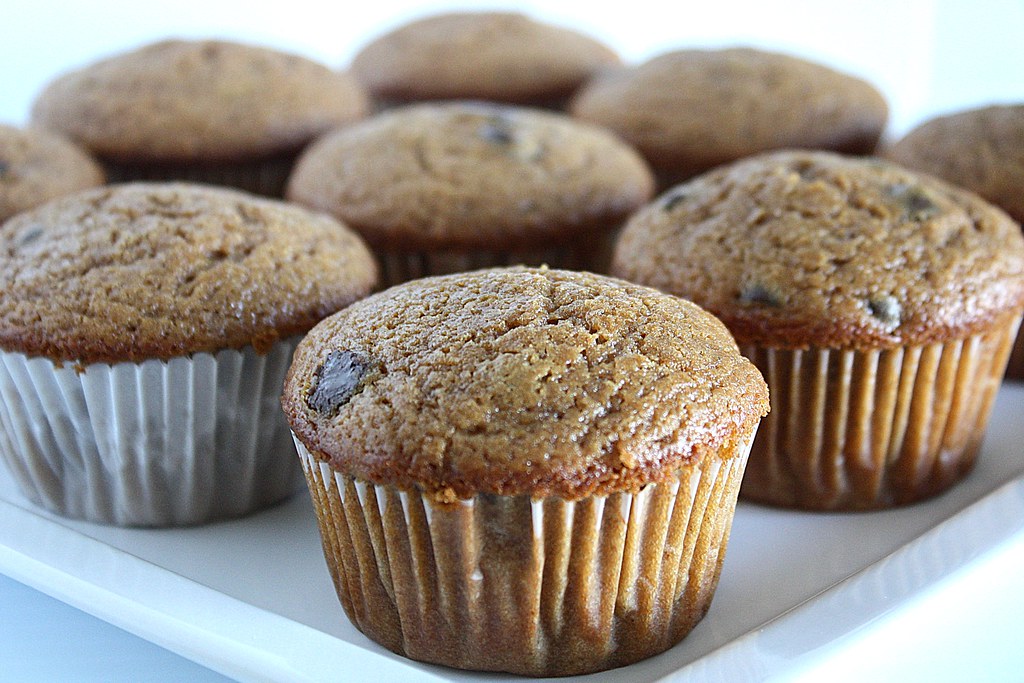 Cakes tend to have a light and fluffy texture because the mixture contains so much air. When you beat butter and sugar together, known as creaming, you’re also mixing in lots of tiny air bubbles that adhere to the surface of the sugar crystals. This is why many recipes use caster sugar instead of granulated; the smaller, finer crystals will result in more air and a lighter, fluffier cake. Sugar also lowers the temperature at which the cake’s crust forms, and helps to keep the cake moist for days after baking.

As you cream the butter and sugar together the fat coats the air bubbles, creating a kind of foam. The fat also coats the protein and starch in flour, reducing its ability to form tough strings of gluten. It’s gluten that gives bread its strong, elastic consistency but that’s not ideal for cakes! Some gluten is essential though because that’s what hold the cake together; it stiffens and reinforces the mixture, while its elasticity enables the cake to rise and expand as it bakes. The flour needs to be folded in gently because otherwise you may pop the bubbles you worked so hard to create when you creamed the butter and sugar together. Too much mixing and beating at this stage would also result in the flour forming too much gluten, so that your cake would have a very bready texture.

Remember that the fat coats the air bubbles around the sugar crystals? When you add eggs to your cake mixture, the egg proteins form another layer around the fat-coated bubbles, stopping them from disintegrating as the cake’s temperature rises. It’s the expansion of these heated air bubbles, along with the elasticity of the gluten, that gives cake its fluffy texture. This is why you should never open the oven door during the baking process; if cooler air flows in while the bubbles are expanding, they’ll shrink back down again and your cake will be more solid than you’d like.

Raising agents like baking powder and bicarbonate of soda also have an important part to play in many cake recipes. When they’re heated and combined with the liquid in the mixture (usually from eggs or milk) they form bubbles of carbon dioxide which gently rise through the cake to make it even lighter. Be careful not to add too much though, as then the bubbles will run together and pop, leaving your cake sunken and flat.