I know, it sounds like the start of a joke! But these small bodies are often confused, so I thought it might be helpful to explain their differences.

Asteroids are small bodies formed of rock and metal that orbit the Sun. They’re sometimes called planetoids or minor planets, and can also contain organic compounds. The smallest asteroids are 10 metres in diameter, while the largest ones can be many hundreds of kilometres in diameter. Asteroids are most commonly found in the Astroid Belt, which lies between the orbits of Mars and Jupiter. The largest of the asteroids here is the dwarf planet Ceres.

Comets are made of ice, small rocky particles and dust, and they also orbit the Sun. The fuzziness visible around a comet is called its coma, and is caused by the substances on its surface changing from solids to gases as the comet gets closer to the Sun and heats up. The Sun’s rays then shine though the gases and make them visible to observers as the coma and tail of the comet.

Meteoroids are small rocks or debris measuring less than 10 metres in diameter; some are so small that they’re just particles of dust. They travel through our solar system at roughly 42 kilometres per second. Meteoroids that pass through the Earth’s atmosphere are called meteors, and they often burn up as they fall. Those that reach the Earth’s surface are called meteorites. 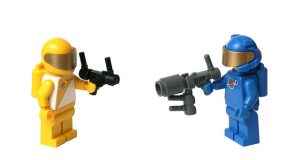 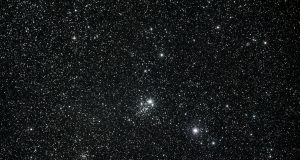