This question was asked by Iwan in Bromley, UK.

Clouds are formed when water on the Earth’s surface evaporates; that’s when heat causes water to change from a liquid into a gas. This gas is called water vapour and as it rises into the atmosphere it begins to cool. The further it travels from the ground the colder the vapour gets, until it’s cool enough that it becomes tiny water droplets once again. As the water droplets form they cling to specks of dust, or ice, or salt in the atmosphere. They also cling to each other, which is what makes them more visible. If you think about it, it can be really hard to see a single grain of salt but lots of salt in a pile is easy to spot. It’s the same with water droplets.

Although we can see clouds, if you were to try to touch one your hand would go straight through it. This is because the water droplets are very very small, like the water in steam. Although we can’t really touch clouds you could walk through one. In fact that’s what fog is: a cloud that’s formed close to the ground instead of high in the sky. We can’t touch fog but we can move through it. Although it’s fun to imagine sitting on a cloud, the truth is that you would fall right through it.

Clouds have different shapes depending on how high in the atmosphere they are when they form. Some look like wisps of smoke and some look like fluffy cotton wool, while others look more like a combination of the two.  You can see where the different clouds form in this picture: 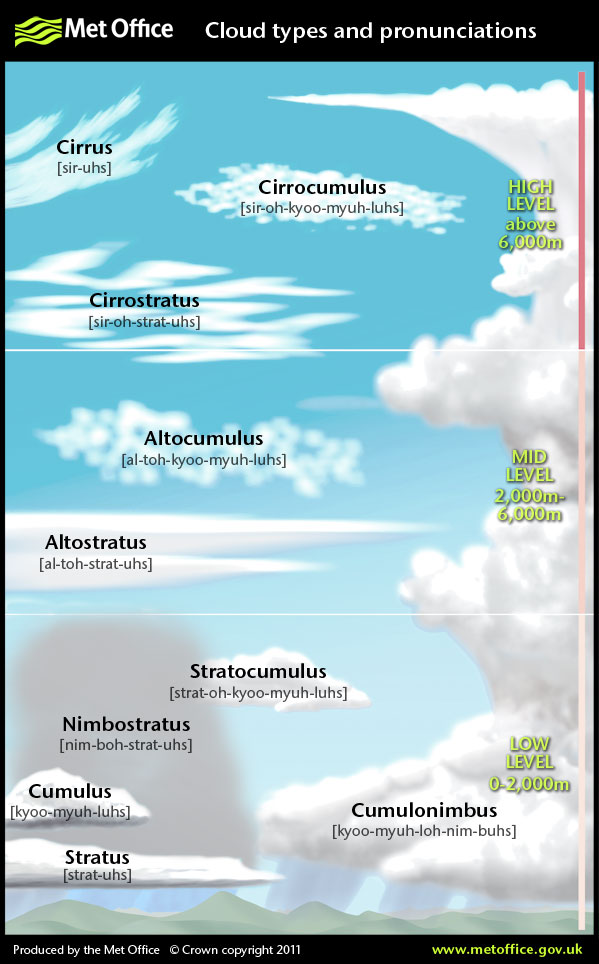 Sometimes the water droplets in clouds join together until they make larger droplets, which then fall to the ground as rain. If a cloud has formed especially high up these droplets might fall as snow or hail instead. Clouds can hold a lot of water droplets; some are so large that they contain millions of tons of water!

What causes the smell after rain? 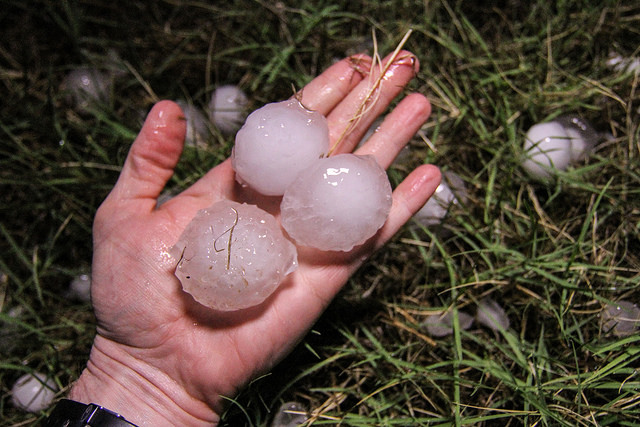