If you think getting caught in the rain is bad, imagine what it’s like to be caught in a shower of spiders! While it sounds like something from a Hollywood movie this phenomenon happens all over the world and was reported this week in Goulburn, Australia.

It’s called ballooning and happens when particular weather conditions occur at the same time that baby spiders are hatching. Instead of walking hundreds of kilometres to find a new habitat, the spiderlings climb a high point in the landscape, point their bottoms at the sky and spin threads that are then caught by the breeze. The wind lifts them and transports them across the landscape, sometimes as high as 5 kilometres in the air.

The silk threads are sticky and often knit together in the air, forming a parachute which can cover wide areas of land when the spiderlings drift back to earth; the mingled threads look like a shroud or a layer of snow. Adult spiders can also balloon like this, usually as a means of escaping from flooding.

Being able to travel on the wind like this is the reason that every continent has spiders. They’ve even been seen to land in Antarctica but of course the climate there is too harsh for them to survive. Ballooning spiders have been observed floating as far as 1600 kilometres from dry land and are usually the first species to land on new islands that have been created by volcanic activity. 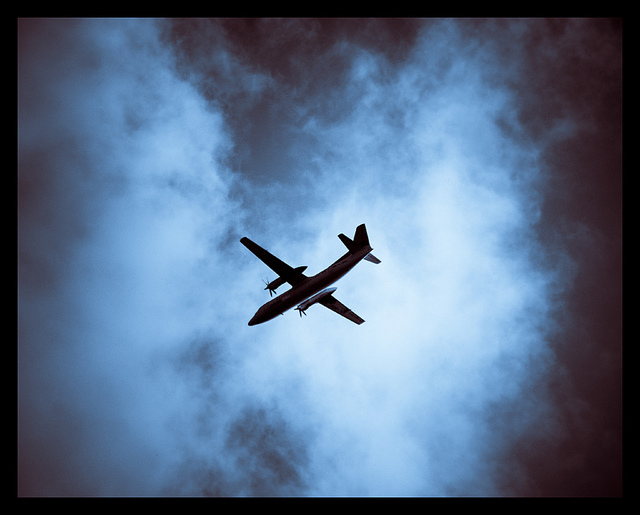 How do aeroplanes fly?